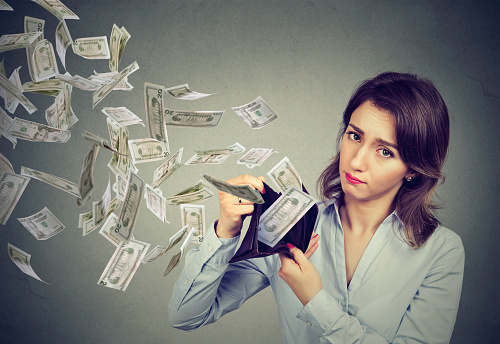 Men and women are different, and we’re very much aware of that. Those differences could even reflect on the way a person spends his/her money. For years, women have been taught that they should invest in lifestyle and children. On the other hand, men should focus on things that hold value, such as a house and retirement. However, women are also trained to continually seek acceptance and they believe that money would help them do that. Here are some of the things that women usually waste their money on.

One of the biggest claims is that healthy, organic food could burn a hole in your pocket and it’s not practical to have this regularly. This is not true, because most of the time, it’ll depend on what you buy and how you plan to use it. Fresh veggies and meat would allow you to make big dishes and you could just freeze the leftovers. Thus, they last longer, unlike unhealthy foods or already made meals that you need to buy everyday.

Before we even realize that true physical fitness could only be achieved through balanced diet and exercise, most girls have already spent a considerable amount of fortune following the latest diet fads, diet supplements, weight loss gadgets, and other stuff that promises instant results.

In fact, most women would probably agree that there was a time when they bought a device, just because it has a promising description. However, after quite some time, you begin to realize that you wasted your money for nothing.

Believe it or not, an average woman would spend at least 8.5 of her life doing her favorite past time, which is shopping. Also, according to a Consumer report, women make up 70% of all consumer spending and women are usually the ones who do online shopping.

Blame it to fashion and gossip magazines, as well as wealthy reality TV shows where celebrities flaunt their signature bags, shoes, clothes, and the anti-aging products they use. Don’t forget how they’re quite proud of their latest cosmetic surgery escapades which influence women that it’s okay to spend a generous amount of cash on beauty products if it’ll make you look good and feel good.

Don’t forget how advertising lures us to buy branded items because they look better, taste better, and perform better as compared to the cheaper or generic brand. While this may be true for some products, it doesn’t mean that it’s always the case.

This is quite tricky, especially if you’ll focus on the definition alone, but if you’ll pay close attention to it, you’re going to understand what we’re trying to imply. It’s true that a frugal girl would always be in search of ways on how she could pay less than full price. However, there’s also a chance that you’ll get addicted to the quest itself. By doing so, you’ll end up accumulating a lot of stuff, thinking that it’s alright because you got it for a cheaper price and it’s really a good deal. Though, obviously, you wouldn’t be able to use most of these and you’ll end up giving them away or buying several containers to keep your items organized.

Difference Between Dating and Hooking up – Two Sides of a Coin

4 Best Foods To Get Smooth Skin

The Cindy Crawford Diet is Easier Than Expected!