The Parameter Of Interest Explained in Detail! 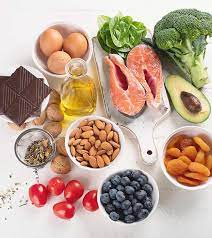 “For a healthy lifestyle, it’s important to keep your dopamine levels in check. Though, the question is, how will you even do that? Before anything else, you must understand that depression is classified as a disease and it’s often caused by actual physiological changes in the brain which is bad for health. Thus, being depressed only implies that there’s something wrong in your brain. Fortunately, there’s a number of natural ways on how you could increase the dopamine levels of your body. This could easily fix the problem, and could also uplift your mood at the same time.

An apple a day, keeps the doctor away. Apples are packed with quecetin’ an antioxidant that could help in the prevention of cancer, as well as neurodegenerative disorders. Not just that, it could also increase the dopamine levels in the body. No wonder why doctors suggest that we should consume it daily.

Bananas, especially the ripe ones could help in regulating the dopamine levels naturally, because they’re high in tyrosine. Aside from bananas, almonds, watermelons, beans, cherries, yogurt, meats and eggs are also ideal.

A diet rich in blueberries could give you the amount of dopamine your body needs. Studies show that blueberries, as well as spirulina could reduce the inflammation in the body and prevent any damage brought by the free radicals. Thus, it could restore the dopamine levels, even when they were already altered. Furthermore, foods that are packed with antioxidants could also balance the levels of amino acids.

Cheese is a very popular protein food, and it’s rich in amino acids that could improve the production of norepinephrine and dopamine in the body.

Likewise, cottage cheese is also considered as one of themust eat foods, because it’s a perfect substitute for other dairy products and soft cheeses. It provides the protein that could uplift your mood, as well as your energy levels. Though, make sure that you’ll consume it in moderation.

Seafood, especially tuna, salmon, mackerel, rainbow trout, sardines, and striped bass are rich in omega-3 fatty acids. These elements have a number of purposes in the body, such as increasing the production of neurotransmitters. Aside from that, fishes are also considered as easily digestible protein, that are composed of high-quality essential fatty acids, but are low in cholesterol.

It’s fat free and loaded with vitamins B6, A, and C. The vitamin B6 is utilized by the body to produce the neurotransmitters, like melatonin, dopamine, and serotonin. On the other hand, vitamin C strengthens the immune system and protects the body from free radicals.

Wheat germ is your ideal source of Phenylalanine. It’s an amino acid found in the brain that’s transformed to tyrosine and is used to synthesize dopamine.

Research shows that people who are usually depressed have low level of norepinephrine, serotonin, and dopamine in their head. Fortunately, there’s a natural antidepressant that could actually improve the dopamine levels of the body, and one of which is by consuming foods that are rich in protein, such as eggs. They’re versatile and perfect for those who don’t like eating meat.”

Tasty Cocktails to Serve at Thanks giving

Health Spas Are More Than Relaxation

Pamper Yourself At These Resorts