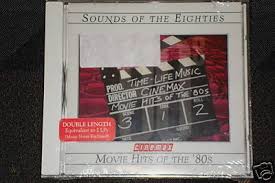 “There are so many great movies that came out in the 80’s that it’s hard to list just five! There are so many cult classics and creative, imaginative movies that to narrow it down to a list even under 50 is incredibly difficult. Check out these five must watch entertainment movies of the eighties!

Raiders of the Lost Ark

This 1981 movie introduced the world to Harrison Ford as Indiana Jones: professor, archaeologist, researcher, adventurer, and overall bad ass. George Lucas teamed up with director Steven Spielberg in order to bring the action-packed character and story to life, drawing inspiration from the serials of the thirties. Indy is dashing and constantly getting into trouble. When a relic is stolen by the Nazis, Indiana must be the hero and save the day. Of course, who could forget the iconic line: It belongs in a Museum. We love you, Indy.

This movie is based off Cameron Crowe’s true experience of going to a California high school undercover in order to write a book about his experiences. Crowe also wrote the screenplay for Fast Times, an arguable eighties classic. The movie featured a great cast, including Jennifer Jason Leigh as an innocent underclassman Stacy Hamilton working at a food stand at the mall; Phoebe Cates as high school heart throb Linda; Forest Whitaker as a football star Charles Jefferson whose car gets totaled; Brian Backner as the ticket-scalping Rat Ratner; Judge Reinhold as the on-top-of-the-world senior Brad Hamilton who has a good job and a steady girlfriend(until he doesn’t), and Sean Penn starring as the carefree, waves-hanging, terminally stoned Jeff Spicoli. The movie takes an honest look at youth and high school, based on Crowe’s experiences.

James Cameron brought a low budget sci fi movie to life in 1984 and the genre was never the same after that. Arnold Schwarznegger plays The Terminator, a robot who is only designed to kill and has been sent back in time to assassinate the mother of a child that will turn out to take down the intelligent machine empire for good. Sent back in time also is Kyle Reese(played by Michael Biehn) to save Sarah Connor(played by Linda Hamilton). Terminator was so beloved that it spawned multiple sequels, all of which were reasonably high quality, and a short-lived television show, The Sarah Connor Chronicles.

Starring Eddie Murphy and Arsenio Hall, this movie is an eighties classic. An African prince comes to America, specifically Queens in New York, to try and find a wife that he can respect for her independence, will and beauty. Tired of being pressured to wed, Prince Akeem wants to find a wife who does not know he is royalty. His assistant and loyal servant, Semmi, is less enthused about this venture and their job working at McDonald’s lookalike fast food shop. However, Akeem starts to fall for the daughter of the owner. But will she love him back? Or dump her boyfriend to be with him? This hilarious eighties movie had Murphy and Hall playing various roles and was truly one of the bright spots in both of their careers.

Don’t mess with RoboCop. This 1987 movie starred Peter Weller as the decent cop Alex J. Murphy in a dystopic future Detroit that is overflowing with crime and run by a powerful company. A situation goes bad, and Murphy is brought back to life, Dr. Frankenstein style, as a cyborg called RoboCop. RoboCop still has Murphy’s brain, but with an automated system and a bullet proof exterior. RoboCop is back to do justice, catch the bad guys, and maybe even carry out in his next life what he could not do in the first: avenge his murder.

The Best Exercises For Weight Loss in Women

5 Ways to Tell if You Have the Mom Gene